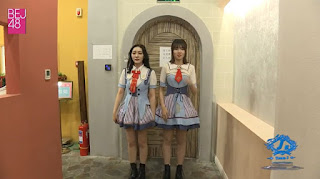 Both are members of the 7th generation of BEJ48.

Both of them immediately appeared in the Team J performance that night.

They were only introduced at the MC after the opening song.

Da Yaxuan is a member from Tianjin, nicknamed Xuanxuan.