Faith to graduate from MNL48 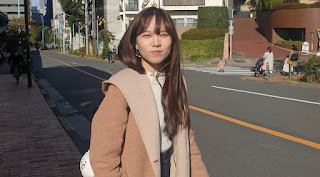 During the MNL48 Christmast Mini Concert event, Faith Shanrae Santiago, a member from 1st generation has announced her graduation from the group.

Faith says, that her MNL48's career had been far enough to last until now.

She has also carefully considered this graduation decision.

Everything she does is God's will and whatever happens in the future too.

In her time at MNL48, Faith made senbatsu single five times in a row.