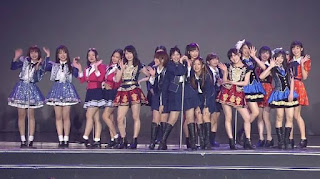 The 70th NHK Kouhaku Uta Gassen which will be broadcasted on December 31st, 2019 with AKB48 consisted of Akagumi (female groups) and Shirogumi (male groups).

Anna of SGO48 first center, is set to join.

Meanwhile DEL48 have not yet confirmed who will go there, they are expected to perform with full 1st generation members.

The AKB48 World Senbatsu (WRD48) are set to sing Koi Suru Fortune Cookie alongside Japanese 48 Group members with possibility those overseas's sister group will sing it in their respective national language.