Full story of AKS, most controversial company this year 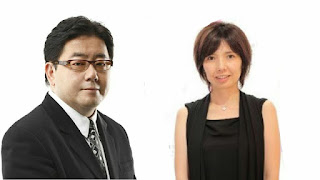 The AKB “Kouhaku World Senbatsu Special” and the Tokyo Olympics, and how the mired NGT controversy put a damper on it

It has just been announced there will be a performance by female idol group AKB48 appearing at the year end’s “NHK Kouhaku Uta-gassen”, and with it one can feel strongly this can prove to be a good opportunity to show off Japan’s soft power, to put it frankly. This performance will be a “Koi suru Fortune Cookie ~Kouhaku World Senbatsu Special~”, with the AKB Group bringing together all the idol aces from the sister groups of 8 cities across Asia.

Those 8 cities in which such idol groups are situated represent, needless to say, very important countries both in political and economic terms, from Japan’s point of view. While this is strictly a conjecture by me, the writer, in light of today’s Koukaku’s project, one can’t help but also wonder if the AKB48 Group, with also their 8 overseas branches, is going to play a role in the shows for the 2020 Tokyo Olympics and Paralympics.

Problem is, one thing that may very well put a damper on this course of action is the controversy surrounding the NGT48 member assault incident, which is still bubbling on. I assume this is still fresh in anyone’s memory, but last year on December, (then) member Yamaguchi Maho was ambushed and assaulted by two male fans, with much criticism concentrating afterwards on the response by the executive team of AKS, which is the management agency.

In a few words, this controversy may be summarized as a symptom of a fierce confrontation erupting between one female entertainer who made a public whistleblowing of what can be called a corporate scandal within AKS, and the company president, (then) holding of 100% of the stocks. As it appears, playing a big part in it was also her interests as a stockholder, as well as her societal position (prestige) as a company president and her personal emotional disposition.

As much as it was a temporary matter, it can’t be denied how it felt that this controversy worsened the image of the AKB Group as a whole, and made it hard to provide to their consumers, that is to say fans, a quality entertainment. As it can be said that, because of it, for the TV stations and record companies which employed the AKB Group, the advertisers, and the entertainment agencies which lended their female entertainers to AKB, not to mention also all the others who have their interests involved in this, it turned out to be an extremely grievous situation as a result of this drop in trust and decrease of profits.

Going by news, among those people who have their interest involved, there is also Akimoto Yasushi, who some years ago had the AKS president buy out all the company stocks from him, and has found himself being then just subcontracted as a producer, as he’s considered to be. Is it then that Akimoto made sure to send out the female victim, Yamaguchi Maho, from NGT in a truly good terms and have her signed up to a high-profile entertainment agency.

Wit the collaboration of Akimoto and a part of AKS, the Yamaguchi Maho graduation theater show held on May went on to clean away some of the bleak image of the assault incident. With collaboration between the two organizations, once at odds with each other, the negative was turned into positive, and it may as well be said that crisis-management skills had been put to exercise.

In doing so, Akimoto also managed to gain for himself the image of “a benevolent man who rescued a female talent suffering from the power harassment at the hand of a partner agency”, and with it the hounding on him relative to this NGT controversy also eased down. Then, on September 18 a new song, “Sustainable”, was subsequently revealed, which went on to become the best seller of the current year at over 1,500,000 copies sold. It can be said that, despite even the NGT controversy having happened, it’s thanks to this that the AKB Group still managed to get their appearance at Kouhaku, perhaps.

“Sustainable”, which turned a best seller itself, resembles very closely “Koi suru Fortune Cookie” in terms of its background context. In the title and the lyrics, there is a way in which they both allude at scandals surrounding AKB. This manner to attract to oneself the attention of the people by daring to show off this miserable image of oneself is what in old Japanese used to be called “prove others one’s valor”, now isn’t it?

Whichever may be the case, Akimoto can be reckoned as an expert in crisis control, one who can turn any predicament into a chance. With Akimoto’s professional hand behind it, it looked like for a time that the NGT controversy had come to its conclusion.

But then, AKS’s president initiated a lawsuit seeking damage compensation against the two men responsible for the assault incident. In that respect, over the Internet it gathered much criticism around itself, suspecting that the actual objective of it was instead to degrade the image of Yamaguchi Maho. As a result of it, it’s the image of the AKB Group itself that, as it can be said, ended up being degraded further.

According to a part of news reports, the CEO of a certain startup company, regarded to be an acquaintance of Akimoto, decided to leap on board of AKS, but the AKS company president didn’t seem keen on selling off her company (that is, the stocks she herself owned). If this is the truth, then this represents an extremely unfavorable situation for all these people who want to turn the overseas expansion of AKB, as well as their entertainment business inside of Japan, clean in time for the opening of the Tokyo Olympics.

It is possibly also as a repercussion of it that, for what it concerns NGT -- the primary flashpoint of the controversy -- cancellation of TV programs, CD sales discontinuation, withdrawal of advertisements, and the cancellation of appearances at large-scale events then happened one after another. Meanwhile, as for the female entertainers who graduated from NGT along with Yamaguchi Maho, there are even signs showing that tourism deals from the local governments of Niigata and its surroundings, and other such related jobs are about to concentrate onto them. To put it in a way, NGT is being subjected to what is an embargo blockade against themselves.

Moreover, there are also a number of influential entertainment agencies working in collaboration on the theater play debut of one of the entertainers who left NGT together with Maho Yamaguchi. This can also be understood as an encirclement at the expenses of AKS. And it may as well be a kind of pressure in favor of the normalization of AKS, on part of those people with their interests connected to it.

But nevertheless, even after being faced with such actions, the AKS president kept persisting with her lawsuit anyway. And with that, a series of rather unclear events happened one after another around it. To make an example, there have been certain photos submitted to the courthouse by the defendant side, intended to give the illusion that the problem was rather with Yamaguchi Maho herself, which also ended up being leaked to part of the entertainment media.

In response to it, Yamaguchi Maho had to made it clear, on Twitter, how those photos lacked any credibility to it, that what was leaked happened to be trial material, and that, in addition, she was in possession of audio data testifying about a big scandal concerning other NGT female entertainers.

Although just partially, the audio data containing the conversation with the perpetrators and the police shortly after she was assaulted, had already been released on the Internet by certain prominent media. Listening to it, it should be more than certain that there are no issue on Yamaguchi Maho’s part.

As things go, there is thus a certain standoff underway, between media that is AKS-aligned, and that which is adverse to it. Moreover, one is lead to think that the reason Yamaguchi Maho’s side is being aware of the route behind the leak must be because she gained informations from the camp hostile to the president, among the AKS employees. As it turns out, there are people that are taking action with the thought of wanting to put AKS back on the right tracks.

Now, if only this audio data testifying about a big scandal concerning the other NGT female entertainers would finally be released, chances are that the AKS president would find herself with no choice but to retire. In spite of the fact that the suspicions are strong about the involvement in the incident of other female entertainers, just going by the audio data already out, the AKS president keeps defending them instead -- for what reason, there are several theories floating on it, but it remains unclear.

If only such scandal would become a certain fact, about those female entertainers who the AKS president had kept defending all the way so far, she cannot escape from being questioned on her liabilities as president. And it’s maybe because of this, that at the lawsuit proceedings at the end of November, no great actions were taken. Perhaps it’s that they feared of provoking Yamaguchi Maho strongly enough to get the audio data publicly released.

At late night on the very same day of these lawsuit proceedings, it was also posted somewhere what also appeared to be part of a violent quarrel between Yamaguchi Maho and one of the female talents who’s a direct party in  the scandal in question, put down into writing. It maybe was just a prank, but there’s also a chance it was somewhat of an advance warning that sooner or later an audio data with a similar content will be released. That was probably at the hand of those people who wish for the normalization of AKS.

As it’s been mentioned in passing at the beginning, the Asian expansion of the AKB group is, considered in political, economic and similar terms, a very useful one. With that said, however, to have AKS undertaking any big event related to the Tokyo Olympics with the NGT controversy still left unsolved is hardly desirable. If such a group, with this kind of murky suspicions still lingering around themselves, were to associate themselves with the show performances at the Tokyo Olympics, it’s not unlikely they’ll be subjected to criticisms coming from people all over the world. So the management of AKS needs to be put back on their right tracks as quickly as possible.

The economic slump of Japan seen so far has for its background cause this characteristic of thinking of companies like a community (great regard is put on the interests and the sentiments of the managers and the employees). While in such a condition, if the management of the AKS were to be restored to normalcy, then the interests and the sentiments of the consumers as well as the stakeholders, such as the business partners are, would be treated with great importance: it would thus, become an extremely positive model for the process of concretizing what a company in accordance with the world standards of a capitalist society should be like.

As the economist Galbraith once said: “Absolute power (capital monopoly, etc…) certainly tends to be broken up by the opposition of those who have their interests at stake, and a liberalist and self-regulating political and economic system is realized in its place”, in what can be said to be a representation of the “countervailing power”. It may also be defined as a revolution by the upper level from inside of the power institutions.

That’s what is a “Reiwa Restoration”. Isn’t such a thing essential and indispensable for the continued development of Japan, then?