Haruka Kodama will hold a fan meeting in Indonesia 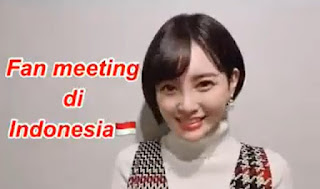 Haruppi is focusing to get more international fans, she then opened official account in Bahasa Indonesia since Kodama Haruka claimed most of her SNS followers were Indonesian.