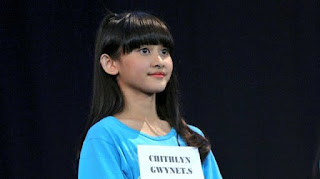 JKT48 9th generation members was just introduced to the public at the Joy Kick handshake event! Tears on Sunday.

A total of 14 new JKT48 members will be educated in the group's Academy.

Lots of these new faces have now become the next ace in JKT48.

There are also interesting facts like Katharina who is the younger sister of Stefi ex JKT48.

There is also Iris Vevina who is a Pocari Sweat high school star participant in a project made from Japanese cooking products.

But behind it all there are also members of the 9th generation who are in the spotlight because the youngest herself is Chithlyn Gwynet Santoso who is still 10 years old.

Not unexpectedly even this makes some citizens disagree with JKT48 Operation Team.

"I was 10 years old instead of being a good school but instead entered jkt48," Twitter user @yurisndika wrote.

"I agree. Although the target is all circles, the majority of JKT48 fans are teenage-grown men. Demographically suitable for children of 10 years. For those who are undderage and want to be artists, it is advisable to be a young artist whose audience is fellow children, like the Trio Quack, quack. ", Tweet the @dummb_baba account that responds to tweeting about child problems.

In fact, there are some Indonesian citizens who regretted JKT48 Operation Team's decision in choosing prospective members.

Because of this many people make reports to Indonesian child protection commission (KPAI) by adding tags to the commission's official account.

The thing that fans are most afraid of is if JKT48 gets a scoop on this case.

But behind it all turns out that the age limit for audition for JKT48 members was 12 minimum and 18 years maximum.

This also made fun of the audition participants who did not qualify as well as some fans who protested to JKT48 for passing Chithlyn.

This is also a lot of questions because Chithlyn really does not match the qualifications of the audition applicant.