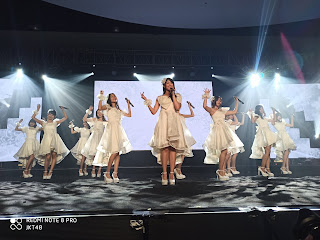 JKT48 first original single titled "Rapsodi" with Ari Tulang as a professional choreographer, and all of JKT48 theater songs will be uploaded to Spotify.

JKT48 Handshake event will be held every month starting January 2020. Plus there will be Live Streaming theater performance, Beby Chaesara announce her graduation.

JKT48 Team T with lots of issues for the past years has been disbanded and will be reborn with new members in the next year, current Team T members are sent to Team J and KIII.