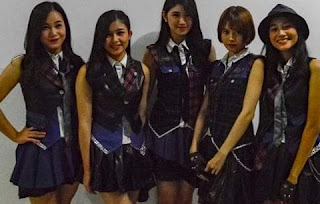 Supporting the Indonesian National Team, JKT48 Wants To Be Involved in the 2021 U-20 World Cup. The idol group members, JKT48 turned out to have great hopes for the progress of Indonesian football.

They hope to be able to contribute to supporting national team.

One of the major events to be held in Indonesia in the near future is the 2021, which is FIFA U-20 World Cup.

Indonesia is lined up as the host of the tournament.

As children of the nation, JKT48 members claimed to be supporting the Indonesian National Team.

They hope that Indonesia can get an achievement in the tournament.

Shani Indira Natio, representing JKT48 members, hopes that in the future JKT48 will be able to work together with PSSI (Indonesian football federation) again.

Previously, PSSI and JKT48 had collaborated in making a video.

In the video, JKT48 members are campaigning for safe ways when watching football matches in the stadium.

Given that, Indonesia has one of the biggest fanbase each club in Asia.

The JKT48 members also hope to participate as performers at the 2021 U-20 World Cup.

With great enthusiasm, they are ready to fully support Indonesia's success as a host.

"Of course we want to be involved in the 2021 U-20 World Cup," said Shani who was agreed by her four colleagues, Nadila, Riska Amelia Putri, Feni Fitriyanti, and Nurhayati.