Kaew has been forced to participate in BNK48 General Election 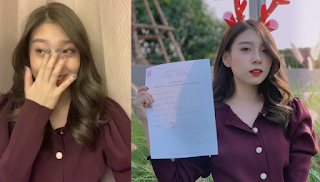 Natruja Chutiwansopon or also known as Kaew has just announced her candidacy in the BNK48 general election next year.

But shortly after that she made a live broadcast in the iAM48 application and apologized to fans.

In the broadcast, Kaew said sorry for not being able to keep her words for not participating in the senbatsu sousenkyo after the first sousenkyo.

While crying she also said if she was asked by management to do that.

Kaew revealed that it was her fault, and this was the 48 Group system. She hopes fans don't trouble themselves for this.