Mizuno Risa is reportedly has been escaped from AKB48 Team SH.

The Japanese girl made some troubles with management.

Risa Mizuno often leaving training ground without consent and permission, plus not returning. Her sensei tried to contacted her and try to ask what happened but refused to answer. 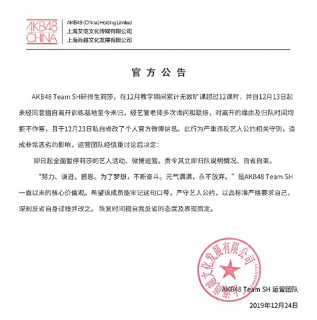 The girl even chanved her official Weibo data yesterday privately.

This was considered as a serious violation of the group's rules. 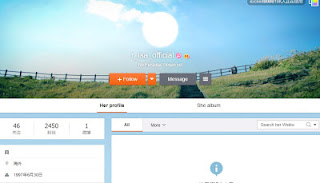 AKB48 Team SH then issued a statement, that Mizuno Risa has been suspended from all of her activities.

Mizuno has changed her Weibo name from @Lisha-AKB48TeamSH to @r_isa_official also all of her posts have been deleted.