MNL48 Rans starring new movie "Whether The Weather is Fine" 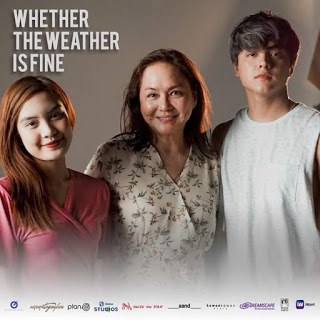 MNL48 members are now starting to exist in the world of cinema.

This time one of the members of Team MII "Rans" or Francinne Rifol will star in a new film called "Whether The Weather is Fine".

Under the auspices of the biggest entertainment company ABS-CBN in the Philippines, MNL48 is now proven to be increasingly existent.

Against Typhoon Yolanda, a mother (Charo Santos-Concio) and her son (Daniel Padilla) struggle to survive and deal with an absurd fate, supported by the hopes they carry, and what is lost and gained.