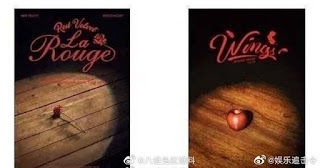 In the pas few days details and cover of Wings have been revealed, this single has drawn a lot of controversy from K-Netz.

This is because the cover Wings is considered to have plagiarized one of the Korean girl group's poster.

Red Velvet's third concert poster named "La Rouge" is considered to have been plagiarized by SNH48 for their single. 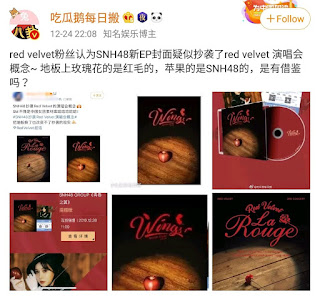 An absolute similarity can be found in the beam of light which incidentally is almost similar.

However, SNH48 single's cover replaced the roses with an apple on their covers.

KPOP fans in China make it as a serious case. There's no confirmation from the official related to this issue.