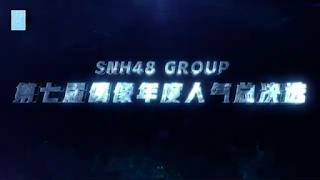 A total of 50 of the best songs this year were announced and displayed to the audience at Guangzhou Stadium.

In holding the concert this time SNH48 got the main sponsor of a famous beverage product in China.

At the end of last night's concert, SNH48 announced one important thing for 2020.

The groups will hold their seventh general election aka senbatsu sousenkyo in August 2020.

Those audience was more lively when they saw that next year's elections will be held in Guangzhou.

GNZ48 will regain trust as the host of the seventh SNH48 GROUP annual election.

The 7th General Election will still be followed by 3 main groups: SNH48, BEJ48, and GNZ48.

They are holding of the election which was usually held in July was delayed for a month due to the possibility of STAR48 focusing on Qing Chun You Ni 2.