SNH48 project, CGT48 has been cancelled 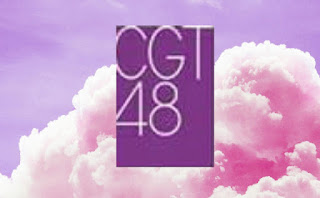 The shocking news from CGT48 or the extension of Chengtu48 which is a candidate for the new sister group SNH48 has been officially cancelled.

This was stated after an insider uploaded a screenshot of Chengdu Siba's company which is a subsidiary of STAR48.

It is now known that STAR48 has carried out a deregistration (registration takedown) process for the Chendu Siba company (成都 丝芭 文化 传媒) after being liquidated in early this December. 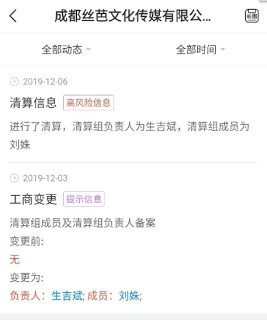 Liquidation is the liquidation of a company by a liquidator and at the same time the issuance of assets and accounts receivable.

It can be concluded that the CGT48 idol group project in Chengdu has been completely cancelled.

Previously the CGT48 project had been dormant for two years and it became increasingly unclear after SHY48 and CKG48 were announced to be disbanded.

Whereas in 2018, STAR48 had recruited staff to be placed in this company.

On September 25, 2017, STAR48 announced that it would form CGT48 after collaboration with local governments and local companies there.

CGT48 is the fifth SNH48 sister group candidate after CKG48 in Chongqing.

CGT48 is named for the abbreviation "Chengtu" based on the Latin writing Wade-Giles instead of "Chengdu" which is the official name of the city that refers to the International Phonetic Alphabet.

Wang Zijie, the STAR48 president, once said that investment had been spent around 500 million yuan (approximately 1 trillion) to build this new idol group related to theater and others.