Yasushi Akimoto is a Billboard song writer of the year 2019 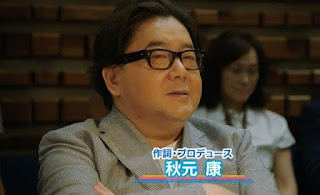 Billboard Japan re-released their greatest list related to the music industry in Japan during the 2019 period.

Good news came from the AKB48 producer Yasushi Akimoto who made it into one of the released categories list.

He is the best writer for the Keyakizaka46 song "Kuroi Hatsuji" and the Nogizaka46 song "Yoakemade Tsuyogaranakutemoii".

Even because of these two songs he was able to get the first rank of the list.

As we know that Aki-P is indeed the lyricist for AKB48 Group in Japan, Sakamichi Series, and IZ*ONE. The results showed that it was not the AKB48 song he wrote that made him top the list of this category.