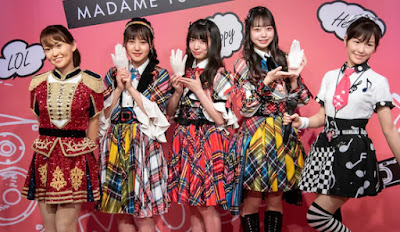 The three of them welcomed the new appearance of the AKB48 wax statue, Oshima Yuko and Watanabe Mayu.

The wax statue in this museum has long been made. 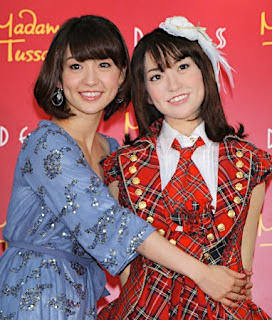 This Heavy Rotation center figure statue was inaugurated back in 2011 when Oshima Yuko was still a member of AKB48.

At that time, the statue was still wearing a red box uniform.

Watanabe Mayu's wax statue was inaugurated in June 2014 and has changed into two outfits. 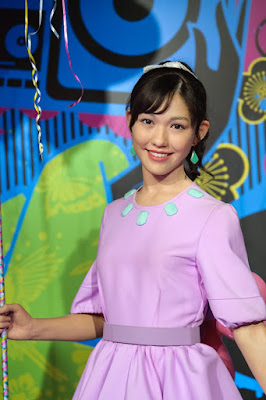 The first costume worn by the Mayuyu statue was a dress worn by Mayuyu in her solo single video clip, Otona no Jelly Beans.

In December 2014, the costume was changed to a Christmas theme.

This new look in 2020, the Watanabe Mayu wax statue has finally been changed back into her solo single costume titled 'Papara!'.