The iconic AKB48 Cafe and Shop building store has been closed permanently and the Vernalossom is looking for new location ... 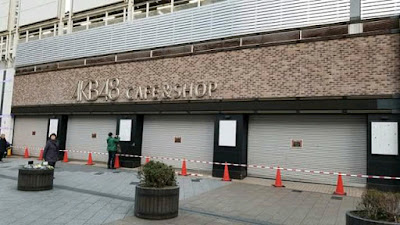 As is well known that the National Idol Group based in Akihabara has many very large assets.

For example sister groups both in Japan and abroad.

The theater opens every day and AKB48 Cafe & Shop where fans, members and all gather to enjoy an event and buy food made by members or also buy official souvenirs of AKB48.

Plans for eviction of this place have been reported since last November 2019 and will be closed at the end of December 2019.

Since morning AKB48 Cafe & Shop has been closed and police lines have been installed and there are no more visitors.

And during the day heavy equipment such as transport vehicles have begun to displace the second iconic place after the AKB48 Theater.

This place has finally become a memory for the members and fans and some people who know AKB48. But as announced by AKB48 Cafe, the management is in the stage of finding a new location.