The AKB48 Team 8 member Suzuki Yuka gets attention from Chinese fans as Yukarin speaks fluent Mandarin, here what she said ... 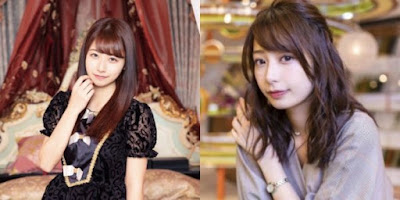 The video spoke Mandarin when the live broadcast on SHOWROOM was uploaded by citizens to Chinese social media Weibo.

This got a very positive response from fans of 48 Groups in China.

They praised Yukarin because for the first time there were AKB48 members who were fluent in Mandarin.

In the broadcast, Suzuki Yuka was calling her mum to wish her a happy new year.

In hee conversation with her mum, surprisingly the girl who is often called Yukarin uses Mandarin instead of Japanese as usual.

In fact, she sounded very fluent in speaking and understanding Mandarin language which is also used by her mum.

As previously reported by 48pedia.com, Suzuki Yuka is a descendant girl aka Japanese-Chinese mulatto.

Yukarin is a native of China and this is what inherited her Chinese language skills. There is even a fan who asked to be sent to AKB48 Team SH.