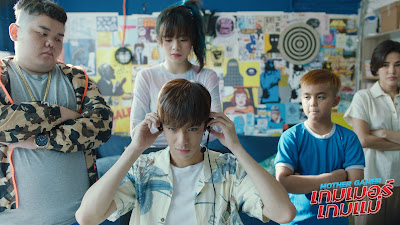 After starring in her first series "ONE YEAR The Series", now one BNK48 member will go down to the big screen world.

Wee, who has been viral since doing love roles in the series with Jane finally gets her first film.

The production house named "Shamongkol Film" revealed that they're about to release a new film titled "Mother Gamer".

The film will be starring Weeraya Zang BNK48 and also Aom Piyada.

This film will tell the story of young people who like to play games and meet their own mothers in a competition.

Mother Gamer has been confirmed to be aired in Thai cinemas on March 5, 2020. Filming has been held in 2019.