CGM48 1st single "Chiang Mai 106" will be released next month 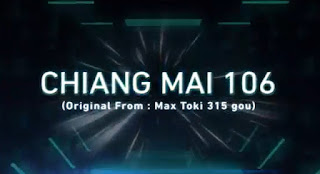 CGM48 has announced the title of their debut single "Chiang Mai 106".

At an appearance on today's Children's Day, CGM48 has announced their first single debut event.

The first single" Chiang Mai 106 will be shown for the first time in public.

Regarding the details of the event will be announced in the future.

If you look at the BNK48 The Debut event, the coupling song will also be sung at the debut event.

In addition, the debut event is usually done with free and free tickets.

Max Tokki No. 315 is a fast train that runs the Tokyo-Niigata route.

This fast train is called "Toki" or the ibis bird, which is a symbol for Niigata.

According to the Thailand by Train website, one of the trains serving the Bangkok-Chiang Mai route is Chiang Mai 106.

This song tells the dream of someone from Bangkok (BNK48 base city) to Chiang Mai (CGM48) to pursue dreams.