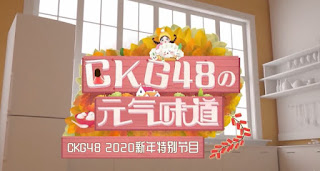 At a theater tour in Chengdu titled "The Wing of Winter" yesterday, CKG48 announced a new variety show for 2020.

This program is a kind of reality show with spicy cooking shows from 6 CKG48 members.

Those who participated in the program were Zeng Jia, Yang Yunhan, Li Hui, Lai Junyi, Zhou Qianyu, and Wang Jiayu.

Yuanqi Weidao will cheer you up this month in early 2020.

Footage of this program will be released on January 18, 2019.

The first episode will air on January 25 on the official Pocket48 and Weibo applications of CKG48.