DEL48 are reportedly in crisis? Disbandment anyone?

DEL48 are reportedly in crisis? Disbandment anyone? Somebody protests over YKBK 48 company for horribly wrong in managing MUB48 as well 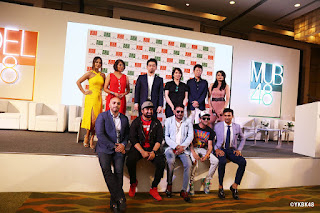 An unexpected comment from somebody, our team found from an article that we had published previously.

Three negative comments were directed at the DEL48 agency in India.

In the comments, these three people made a very surprising statement. 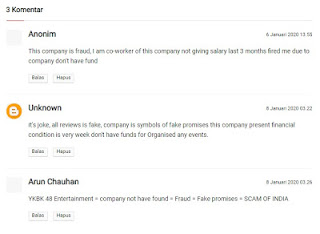 "This company is a fraud, I am co-worker of this company not giving salary last 3 months fired me due to company don't have fund," wrote the citizen who disguised his identity on January 6, 2020.

"It's joke, all reviews is fake, company is symbols of fake promises, this company present is very weak. don't have funds for Organised any events." wrote others with the name Unknown on January 8, 2020.

Suddenly what of these people said is very surprising, even it is not unexpected that YKBK 48 has just announced its first generation members.

According to the Zauba Corp website, YKBK48 Entertainment was established on October 31, 2018 in Delhi.