CGM48 first debut single Chiang Mai 106 details, release date, and what it means to them ... 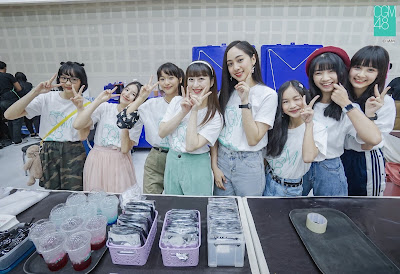 BNK48 sister group based in Chiang Mai, Thailand will make their debut with the first single titled "Chiang Mai 106".

As previously scheduled, the debut single will be held in February.

Through its official SNS, the "Chiang Mai 106" debut schedule has been announced on February 9, 2020.

CGM48 1st Single The Debut will be held in their base city of Chiang Mai precisely the 6th floor of the Maya Life Style Shopping Center, Chiang Mai, Chiang Mai Province, Thailand.

Appearances will be announced at 17:00 WIB.

This is the second group of 48 groups that debuted on the mall floor which is quite high after AKB48 which debuted at the theater on the 8th floor of the Don Quixote building, Akihabara, Tokyo, Japan.

Max Tokki No 315 is a fast train that runs the Tokyo-Niigata route. This fast train is called "Toki" or the ibis bird, which is a symbol for Niigata.