Hojozu Cantata is a Japanese movie featuring five NGT48 members with one of them is controversial one ... 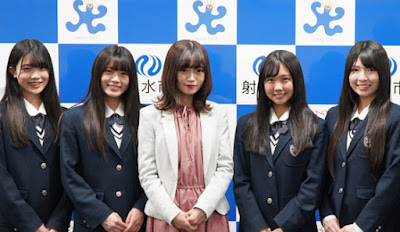 They were confirmed to star in a film called "Hojozu Cantata".

The Hojozu Cantata film will begin filming in the city of Imizu from early February to March 2020.

This film is also produced by the Imizu city tourism association and the ComerceImizu Industrial Trade, the film Hojozu Cantata was produced for the "12th Okinawa International Film Festival".

The director for this film is Masaaki Kanamori from Toyama Prefecture.

NGT48 members also have other assignments such as singing theme songs, cappella in drama, playing piano, and dance choreography.

The members are happy because some of the members are their first films. Mimura also expressed her pleasure being appointed as the main actor in this film.