Here is more details on BNK48 member Mobile first solo song "Jaak Jai Poo Sao Kon Nee" and what it means to her ... 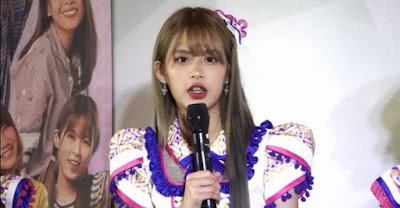 Girl group BNK48 is now focusing on developing the career of its member idols to become soloists.

This is evidenced by giving solo songs individually to the members.

After Cherprang with the song "It's a Life", Music "Myujikki", and Jib "It's Me", now it's the turn of other first generation members namely Mobile.

The single will be released in the near future.

Jai Poo Sao Kon Nee is one of the soundtrack songs of the BNK48 film "Thibaan x BNK48".

This song from Mobile has been performed for the first time in the film's launch.

This solo song from Mobile seems to be very special, this is because the members' solo songs (not sub units) have MV. Video clip footage was released yesterday.