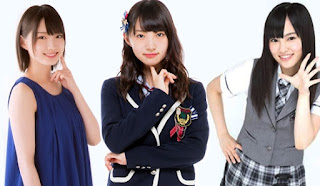 NMB48 announced that they will hold a general election to select the best seifuku and costumes on the official website.

This event will be held to welcome the 10th anniversary of NMB48 this year.

For almost 10 years, NMB48 has made various costumes so far.

NMB48 wants everyone to vote for their favorite costumes, and the best 16 will be announced during the senbatsu concert titled "10nen Memoraibu Shijo Shugi (10 年 目 も ラ イ ブ 至上 主義)" on January 19, 2020.

This time the Voting Method does not use specific card as anyone can vote.

Choose your favorite NMB48 costume then write the name seifuku (if you know the name / can write the title of the song) and upload a picture of the uniform on Twitter and attach the general election tag ""NMB48 衣装 総 選 挙".

Let's vote for your favorite NMB48 costume ! After the concert, the best uniform ranking will be announced on NMB48's Official Twitter.