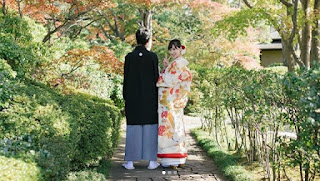 Former AKB48 member Suzuki Shihori announcd through her official Instagram that she had married in the fall of 2019.

In her Instagram, she uploaded a photo with her husband whose identity was still kept secret.

Shihori said she forgot to tell thr fans about this happy news.

She also hopes fans will continue to support this marriage going forward.

Suzuki Shihori joined AKB48 for the first time as a member of the 7th generation.

But she left the group before debut.

Shihori rejoined the group after about a year as a member of the 11th generation. She then graduated from AKB48 in May 2015.