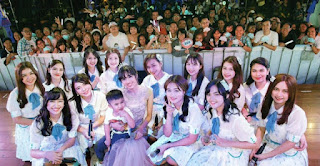 Shocking news came from former MNL48 member Ashley Clod Gracia who revealed something related to her graduation in September 2019.

The girl who is often called Ash revealed that she got a scholarship to study in Japan at graduation.

But when asked by fans in her personal Instagram account yesterday, Ash MNL48 revealed that it was all untrue.

"Are you in Japan to study now", asked an unknown fan.

Ash's controversial statement received quite a lot of attention from special citizens MNLoves (as fans of MNL48). 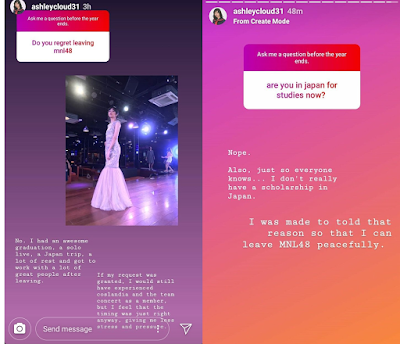 Some fans also criticized the HHE group, the MNL agency.

But there are also those who contradict Ash's statement and hate her for this.

Ash claimed that she left the group because of her desire.

She even admitted that after she left, stress and pressure have besn decreased.

Ash also continued confirmation of her departure from the group.

She was fed up with being congratulated on a scholarship that she also didn't do.

Ash was also upset with the question of going to Japan and people were suspicious because she did not go.