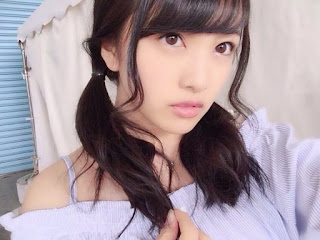 As is well known that now the position of Soukantoku or General Manager in AKB48 Group has been held by Mukaichi Mion and it seems that at this time, AKB48 Group is experiencing some problems that must be faced together.

Takahashi Minami and Mukaichi Mion are in the same office, but due to their busy schedules, the two of them find it difficult to meet.

However, finally the Nikkan Sport brought them together and had a brief dialogue about the future of AKB48.

Mukaichi Mion served as Sandaime Soukantoku in April 2019 and since then many winds (obstacles) have faced AKB48 like AKB Show, AKBINGO! and All Night Nippon which ended and the absence of Senbatsu Sousenkyou in 2019.

This is a big challenge for Mukaichi Mion as the current GM.

As is well known that all three events have a very long history, since AKB48 is still innocent until it finally grows into a teenager, and also Senbatsu Sousenkyou which is a battle area for members to fight over chairs that many wanted by members with the help of fans .

Mukaichi Mion felt very sorry for having made something that was started by the seniors (senpai) to end.

Mion also wants to create a new one that can be passed on to future generations who will hold the AKB48 stick.

According to Takahashi Minami, AKBINGO Variety, AKB48 Radio All Night Nippon and the Senbatsu Sousenkyou Event which has been going on for 10 years, it is already good enough to be able to survive that long, according to her it would be better to make something new with its starting point when Minegishi Minami Graduation (1st generation last survives).

The wish that Takahashi Minami personally wanted for AKB48 was in the time she wanted to see her group (AKB48) have another theater besides the theater in Akihabara, Tokyo, permanently, which meant that Takamina wanted AKB48 to have a temporary theater outside Akihabara.

Wonder if Mion can fulfill the senpai's wishes? We can just wait for the sequel later.