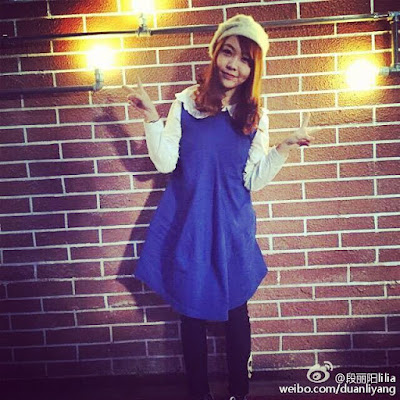 Bad news came from a girl group from China 'GNZ48'.

The SNH48 sister group based in Guangzhou is considered to have carried out a plagiarism of an artist's song.

Lilia Duan, who is a Chinese artist, claimed that GNZ48's song was plagiarized.

The composition of the song's music titled 'Xinnian Hao' is very similar to the song GNZ48 with the same title.

This was known by Lilia Duan after GNZ48 appeared on the new year's show on Guangdong TV on January 26, 2020.

This made Lilia fans furious because she felt her favorite artist's song was traced without permission.

Through a Weibo account, she revealed that GNZ48 committed plagiarism and performed songs without permission.

This has become a very interesting thing for the Chinese public because the song GNZ48 has been around since 2017.

Why is it only a problem now? As attached in Baike Baidu, the song Xinnian Hao GNZ48 was released on January 21, 2017 and was included as the main song of their second single.

While the song Xinnian Hao by Lilia Duan or Duang Liyang was only released digitally on February 6, 2018.

GNZ48 fully registers the copyright of their songs purchased from composers before the release of the single.

However, Lilia claimed that the song was already there for the new year's concert in 2012 but it seems that it hasn't yet been registered fully to copyright.

Chinese artist Duan Lilia considers GNZ48 to have used her song without permission at a new year's event.

The song that actually belongs to GNZ48 is also considered plagiarism.

Hearing the Chinese fans' utterances on Weibo, GNZ48 immediately launched its official statement on the allegations of plagiarism.

Through its Weibo account yesterday, GNZ48 provided the following response.

"Responding to a song recently published about GNZ48 entitled 'Xinnian Hao' which is allegedly a copy (plagiarism). Our company has instructed relevant staff (to handle this case). First investigated, at the same time, to avoid the truth general unclear and excessive speculation leading to misleading rumors, our company here makes a statement:

1. The song "Xinnian Ho" is a work created by a company from a distributor assigned as a supplier. The company has signed a 'Commission Agreement for Song Commissioning'. The GNZ48 song "Xinnian" was released in January 2017, we have legal music rights to it. If the song is proven to be plagiarized, the writer must sue the plagiarist according to the copyright relationship.

2. Our company will actively contact Ms. Duan Liyang and invited them to negotiate and work with us to jointly promote the investigation and have asked the songwriter to give a serious explanation about whether the work was in accordance with the contents of the agreement.

3. Our company solemnly declares that the majority of netizens friends can maintain reasonable attention for this incident, but the fact is that it will really be handled by the judicial authority.  Legal rights, decisions are not determined by our company or Internet public opinion.

After consultation and investigation, we will maintain the cooperation of all parties in accordance with legal relations and legal procedures. Our company attaches great importance to copyright work, will expressly crack down on violations, and will never avoid appropriate responsibilities.

At the same time, our company will go further Step by step to carry out self-checks of the copyright of the purchased work, and expressly protect the legitimate rights and interests of us and the original creator.

Apparently GNZ48 submitted the case to the law to decide the real copyright.

They were also not ashamed to contact Duan Liyang who complained of plagiarism.

As GNZ48 mentioned, many citizens on Weibo are cornering both the group and Duan Liyang. However, the hashtag on GNZ48 is #GNZ48Plagiarism which has spread on Weibo so it needs a response related to it.