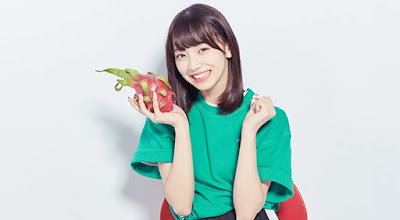 "Attention, this time my first single titled 'Sapphire Blue' will be released on January 31, 2020. I have decided. From January 24th, pre-orders will begin. My first original song, details will be announced in a forward link. Thank you" Moe wrote.

After graduating from AKB48 in August 2019, apparently Goto Moe was preparing to become a solo singer. She even recently joined her new agency, Twin Planet.