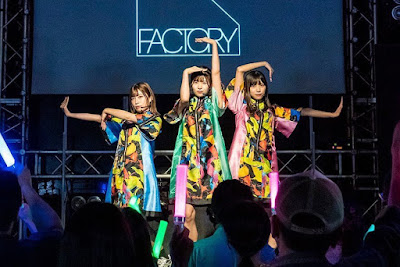 The "FACTORY" unit that appeared for the first in the DASADA drama performed their song titled 'Naze' with consisting members trio: Matsuda Konoka, Higashimura Mei, and Kawata Hina

They're reportedly to perform again on the next DASADA episode on January 22.