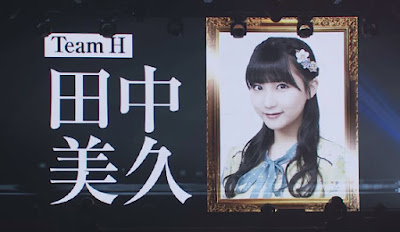 In the HKT48 concert last night, it was announced that this Japanese idol group will enter the new era following Reiwa.

After the ace Sashihara Rino graduated from the group, HKT48 announced the new center during the concert.

HKT48 announced that Murashige Anna Team KIV will be the center of the group's second era.

Under her rule Anna will lead the group in the second new era of HKT48.

But the funny thing is, at the end of the concert Anna announced that her reign had ended and only lasted 1 hour 45 minutes.

This made the audience laugh.