HKT48 Fukagawa Maiko to graduate to pursue her dream

Senior member of HKT48, Fukagawa Maiko has announced her graduation today in order to pursue her studies to become a dietician, here what she said ... 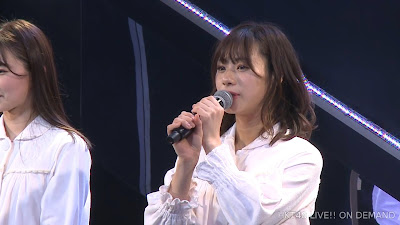 HKT48 also lost one of its pioneer members.

Maiko Fukagawa conveyed her graduation because she wanted a career to become a nutritionist.

She will pursue her studies with the aim of becoming a dietician, because she really pursued her dream career.

"I announce my graduation in today's performance. I am truly grateful for everything in the past eight years. I will give you the best till the end. A nutritionist. I will do my best! Let's spend the remaining month with a smile." , writes Fukagawa in her Twitter account.

"We apologize for the sudden announcement, but we will respect the wishes of the members concerned, and the Himawarigumi 'Tadaima Renaichu' performance on February 22, 2020 will be Maiko Fukagawa's final appearance. Regarding the final handshake event will be announced by HKT48 further later." HKT issued a statement.