The Hakata idol group HKT48 just entering 3rd chapter with Tanaka Miku as new center and theater building will be located at ... 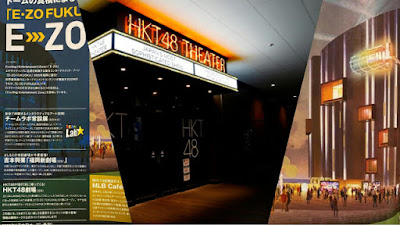 At the HKT48 concert during AKB48 Group Live Matsuri yesterday, the group has announced a new theater for 2020.

This is good news for fans because HKT48 currently uses a temporary theater that is hired for shows.

A brochure about the new building that will become one of the Hakata "E • ZONE Fukuoka" landmarks states that the HKT48 Theater will be built at the venue.

The HKT48 Theater will be on the first floor of the tall building.

This will be HKT48's third theater because of the location move.

HKT48 Theater was moved to Nishitetsu Hall, but not permanently.

In Nishitetsu Hall, theater is rented so any other group can perform there. Theater furniture is also often dismantled pairs in this temporary theater.