AKB48 member Okada Nana has resigned from STU48 captain, and appointed Imamura Mitsuki as a replacement, here is why ... 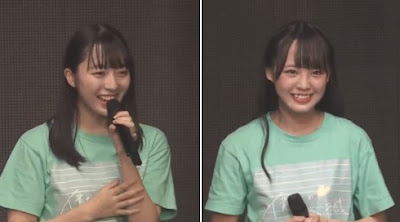 This group gets allotment of the morning shows and will be continued by NGT48 and STU48.

In this concert there were announcements made.

The STU48 captain Okada Nana officially resigned from her role.

She also announced a member who will replace her as new STU48's leader.

Okada Nana appointed the new captain of STU48 to be Imamura Mitsuki, and Fukuda Akari as vice-captain.

They are both will lead STU48 going forward.

But despite retiring as captain, Okada Nana will keep her kennin as a member of AKB48 and STU48.