Subunit JKT48 Acoustic to release their 2nd original song and hopes that their songs will be included on ... 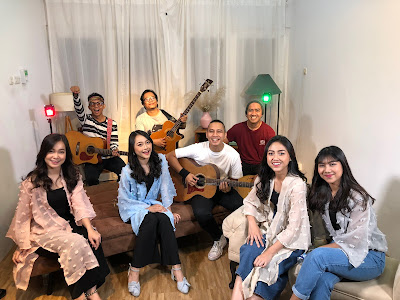 Good news came from one of the units that still survive at JKT48, JKT48 Akustik (Acoustic), they announced that they will release the second original song, this will be their 2nd since Lantang.

This was announced when JKT48 Acoustic attended one of the programs, "Insert JPO" yesterday.

As quoted in Insertlive, they announced that they will release the original song in the near future.

This original song is the result of collaboration with a musician from Indonesia, "Alam Urbach".

Alam Urbach is one of the musicians from Indonesia who is well known for producing songs that are very popular in Indonesia and performed by some of the best singers in Indonesia, such as Rossa, Afgan, Isyana Sarasvati & others.

Besides announcing the release of an original song that will collaborate with Alam Urbach, JKT48 Acoustic hopes that in the near future a special album will be released for themselves.