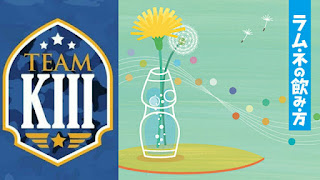 After carrying out the Saka Agari setlist for almost 1 year, finally JKT48 Team KIII will get a new setlist.

This setlist is not from the original setlist of AKB48, but another setlist of Japanese sister groups namely SKE48 "Ramune no Nomikata / How to Drink Ramune / Cara Meminum Ramune".

Various methods will be taken by the Team KIII to achieve this setlist.

Like the previous setlist, Team KIII will be given a challenge to be able to bring this setlist.

This time the challenge is in the form of a second solo concert by Team KIII.

The challenge that will be carried out by Team KIII is that they are challenged to make a solo concert "KIII vs KIII" in February 2020.

What is meant by this concert there is no explanation but will be announced at a later date.

This is the first time JKT48, especially Team KIII, delivered a non-AKB48 setlist.

Ramune no Nomikata is a setlist that belongs to Team KII SKE48.

The possibility of re-selecting the SKE48 setlist is a continuation of cooperation between JKT48 and the sister group in Sakae, Japan.

The shonichi setlist for Ramune no Nomikata will be held in March 2020 and the senshuuraku Saka Agari will be announced later.

For the first time the Ramune no Nomikata setlist was adapted by overseas sister groups.