JKT48 members Flora and Febi unfollowed former friends in the group, Zara and Kyla but fans were happy, here is why ... 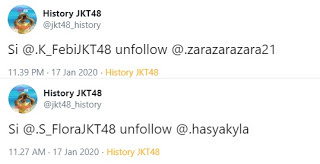 JKT48 fans are now in a frenzy with some of the members' activities on Twitter's social media accounts.

Flora and Febi, members of the Academy were known to have unfollowed two former JKT48 members namely Zara and Kyla (@hasyakyla).

What is interesting is that both of them did this on the same date and at a distance.

After hearing this news, many fans praised what the two members did.

"Steady is better for the sake of health,";

"Following someone with expecting on followback is not because you really want to follow, and apparently not on followback + (maybe) the tweets are unsettling. Then what is the reason you are still following them", wrote several fans.

However, soon this matter got a response from Kyla herself.

Kyla seems to know this news and respond the day after. She said the reason why she did not following JKT48 members, Kyla adds she only follows interesting accounts. 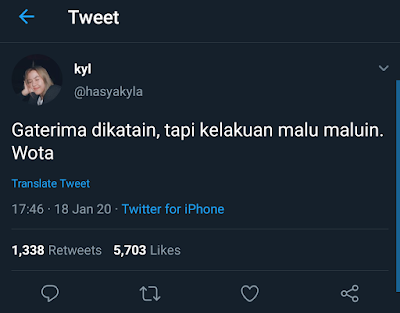 Fans are furious with Kyla as she said: "Didn't want to be embarrassed but their behavior is embarrassing. Wota" 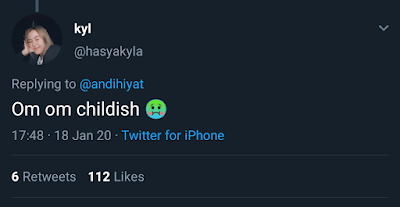