Many of JKT48 fans were amazed by the music video for the first original single, Rapsodi.

In addition to the storyline, costumes, and places of interest apparently many are more focused with the man in the Rapsodi video clip.

This man was intentional by management not to show his face in full.

This made the fans very curious because he dared to marry the Sousenkyo queen Shani Indira Natio in the MV.

Then who is the man hired by JKT48 Operation Team as the video clip model? 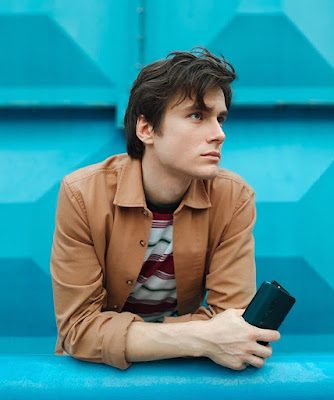 The fact is he is a foreign model who lives in Jakarta.

The name of male talent in the JKT48 Rapsodi video clip is Kiryl Losik / Kir Lois.

According to the biography on the official website, Kiryl Losik is an international model with a height of 185cm from Europe.

He has blue eyes and slightly curly hair.

As we have informed in previous news, indeed the talent of MV Rapsodi is a foreigner or non-Indonesian.

This was leaked by Mahendra on his Twitter that he was teaching the talent to put a ring for Shani during the MV filming.