Since graduated, Adhisty Zara and Hasyakyla Utami have entertaining their fans, they are now opening YouTube channel ... 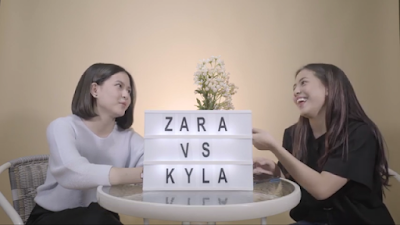 Not personal, both of them opened an account for the two with the channel name "Zara vs Kyla".

Many of their fans asked for this because the interaction was so interesting.

Since its appearance on JKT48 TV, the videos of Zara and Kyka have had a lot of viewers because they are very entertaining.

Zara vs Kyla first video was about Q&A from their fans. Their content on YouTube is owned by new management named Kece Entertainment.