Popular survival program from China "Qing Chun You Ni" will soon start the second season with their female trainees this year.

The program, renamed "Idol Producer", is ready to air earlier this year with 100 trainees sent by entertainment agencies.

The three 48 idol groups will fight dozens of other trainees.

9 girls who got away will debut into the new iQiyi group.

100 trainees will be trained by professional mentors who are experts in their fields.

Then who are the teachers for these 100 girls? Let us meet with the mentors who have been announced by iQiyi some time ago. 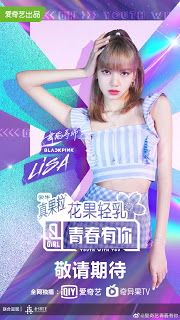 iQiyi has succeeded in getting KPOP lovers to focus their eyes on their latest survival program.

In October 2019, iQiyi's announcement of LISA joining the ranks of mentors made trending on Weibo social media.

Lisa BLACKPINK will train girls in the field of dance or modern dance.

Lisa is the most popular KPOP artist at the moment.

Since her debut with the girl group BLACKPINK under YG Enetertaintment, she has been coveted by young girls with her dancing skills and singing abilities. Lisa is the first mentor of China's survival program from Thailand. 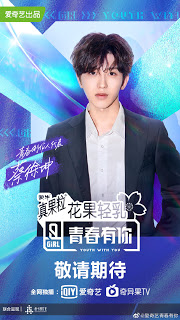 Cai Xukun began his career as a trainee of Yong Dao Xing Entertainment (永 稻 星 娱乐) and sent him for the first season of the Idol Producer survival program.

Thanks to his performance in this program, Kun slowly began to be known for his charisma and good looks.

He got away and became one of the 9 people who debuted in the dropout group Idol Producer "NINE PERCENT".

Kun now has a solo career and has a private studio for career development.

The mini album achieved commercial success with each song topping the Chinese music charts with the MV reaching 10 million likes and more than 100 million shares on Weibo social media.

Kun will be the representative of the Youth Producer for the Qing Chun You Ni 2.

He replaces Lay EXO who has been in the assignment for two consecutive seasons.

Youth Producers (known as National Producers in the PRODUCE series) will also oversee the development of the trainees until their debut. 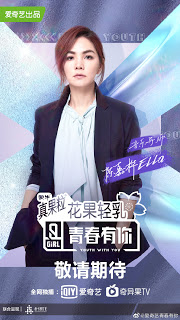 Ella began her career as a member of the popular female idol group from Taiwan "S.H.E" under the auspices of HIM International.

She became a member of the group that appeared in the entertainment world the most.

Ella now has a career as a solo singer and also a Chinese movie star.

In 2018, Ella was appointed mentor of Tencent's newest "PRODUCE 101 China" survival program. She managed to train 11 girls who debuted in the group "Rocket Girls 101".