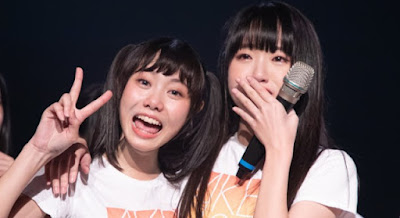 On that occasion, AKB48 Team TP announced the promotion of members.

Both are members of the first generation AKB48 Team TP.

Tsai Yaen is a member of Team A from the AKB48 Team TP while Li Jia-li is part of Team B.