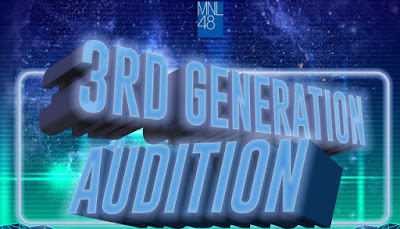 Through its official SNS account, MNL48 has announced they will hold 3rd generation members audition.

The Manila's AKB48 sister group entering another generation with it's shortest gap.

Online registration will be officially opened on January 31, 2020. Details of the requirements and flow of the audition will be explained on MNL48's official SNS later.