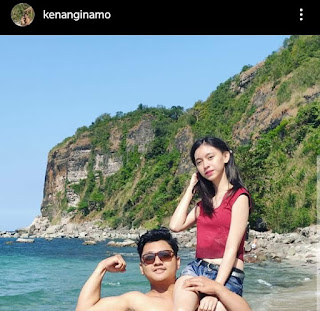 Daniella Mae Palmero aka Dani MNL48, a member of Team NIV had just tripped over a dating scandal again.

She is known to have a boyfriend secretly and violates the love ban rules that are applied by every 48 groups.

The photo shows the figure of a woman who is denied being Dani being carried on the shoulder of her boyfriend.

The photo was taken while the two were on vacation together at the beach.

It was clear that the woman the man was holding was Dani MNL48.

This is seen in terms of body posture, eyes and lips, fans really believe that it is Dani.

At this time the account that uploaded the photo has been made private.

Not yet known why the cause of this account was privatized by the owner.

MNL48 Dani finally said something after this whole mess. All that is left is for management to take proper action. 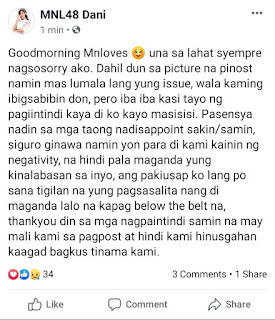 They are now asking for clarification from HHE as management of MNL48.