The 3rd generation audition of MNL48 members will soon be opened, but the fans already scared because the sousenkyo thing, here is why ... 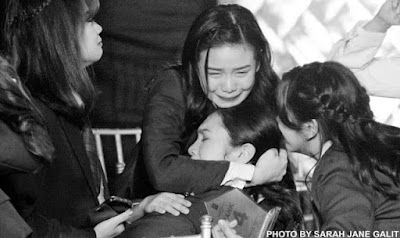 This group is indeed quite anti-mainstream compared to other 48 groups in the terms of elections.

This TOP 48 member became a member of MNL48 in the second year, meaning that girls who did not get ranked will certainly be eliminated and forced to graduate.

Unfortunately, the second generation indeed with 20 candidates only managed to 11 who passed.

Even the first generation members have to be eliminated because of this election like Ella.

Surely this is what makes fans scared.

They are afraid of every single time there's a general election because the third generation auditions will soon be opened.

Some MNLoves are worried that their oshimen will be eliminated by the challengers coming from the third generation.

MNLoves, known as the most compact and strong fandom, showed their refusal to hold the 'deadly election' or 'death sousenkyo'.

They simultaneously carried out a campaign of rejection on social media.

"No To Death SSK" which means "Say No To Deadly Elections" was an appeal to MNL48 management not to hold the third election this year or change the system.

That thing even became trending topic number 7 on Philippines Twitter.

In addition to No To Death Sousenkyo, MNLoves also considers MNL48 elections as general eviction rather than general election. General Eviction is the option to expel an unselected aka to be expelled.