Ruth Carla Dela Paz MNL48 Karla has been promoted to the regular Team NIV, here is what she said not graduation plans ... 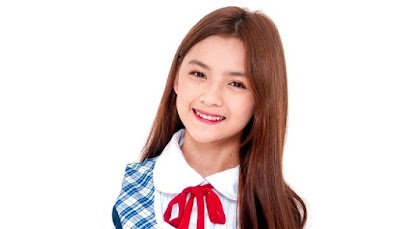 Today MNL48 announced the promotion of its kenkyuusei member to regular team.

Through the official website, Ruth Carla Dela Paz aka Karla, a member of kenkyuusei has officially become part of the MNL48 Team NIV formation.

"I am very grateful to management for choosing me as an official member of MNL48 and especially for those who support it especially when there is an event. If it wasn't for them I wouldn't be able to become an MNL48 member. So now, I will do better and better for those who believe and continue to love. " Karla said as attached in the MNL48 official website.

Karla is the first generation member who was eliminated as a member because she did not get ranked in the second general election MNL48.

Karla chose to remain in MNL48 even though she was a kenkyuusei.