MNL48 Lei hit by dating scandal with her 'secret' boyfriend

Lorraine Leigh Lacumba MNL48 Lei dating scandal exposed as fans upload her with the boyfriend on socmed, here it is... 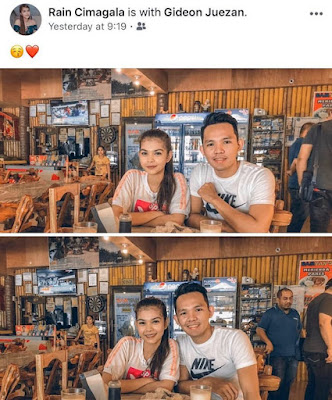 Another MNL48 member was hit by dating scandal again, as she caught up. Now it's Lei MNL48's turn aka Lorraine Leigh Lacumba.

The MNL48 Team L member was suspected of having a boyfriend and violating the love ban rules applied in the group.

Some photos prove that this scandal is true.

The account is suspected by MNL48 fans to be Lei's personal property.

Yet what we know is that MNL48 is prohibited from having an unofficial account other than their official Facebook page.

Seen in the photo the woman who according to fans is Lei was embraced affectionately by the man beside her.

There is no clarity about who the man beside Lei. But according to fans, he is Lei's secret boyfriend.