Another MNL48 Manila member covering Rapsodi song by JKT48, this time Ruther Lingat aka Ruth's turns, see how she tried .. 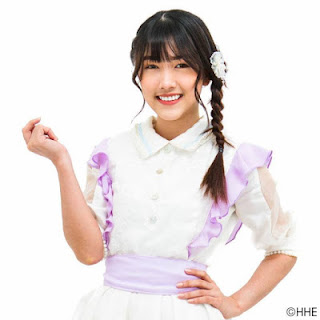 The struggle of JKT48 as an idol group as well as the oldest sister to an idol group that is a member of 48 groups is very extraordinary.

Right at the age of 8 finally the fruit of the struggle that had been wanted to be achieved by senior members finally came true, namely having the first original single titled Rapsodi.

Behind the song that melow and can be sung by anyone makes this Rapsodi very loved by everyone, many who cover the song.

Do not miss this song was covered by a member of JKT48 sister group in Manila, Philippines, MNL48.

Some MNL48 members have covered this Rapsodi song like Allysa and Sheki.

This time it was the turn of their second partner, Ruth, who covered directly through a video broadcast that she sent on her official Facebook page.

Ruth also revealed that she covered the song Rapsodi in order to greet fans from Indonesia and she apologized because her Indonesian was not good but this was her best video.

And Ruth hopes that Indonesian fans will like the video.

As is well known that Ruth is one of the members of MNL48 who often interacts with fans both on Facebook and Intagram, and she often even comments on social media.