Okada Nana has produced new STU48 setlist theater but there is an Equal =LOVE song in it, here full story 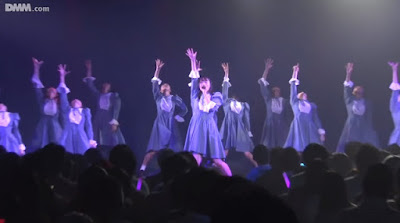 Yesterday shonichi was held at the STU48 theater performance with the "Bokutachi no Koi no Yokan" setlist.

This setlist is a self-made produced by the captain Okada Nana.

In the shonichi, fans were surprised by one of the songs on the setlist.

Of the 17 songs, Okada Nana included a song that was neither STU48's nor AKB48's.

Okada Nana entered the =LOVE "Teokure Caution" in the new setlist that she composed for STU48 "Bokutachi no Koi no Yokan".

Okada Nana claimed at first she had no plans to include the song =LOVE in the setlist "Bokutachi no Koi no Yokan".

However, after re-examining the composition of the song, she thought the song "Teokure Caution" by =LOVE.

Okada Nana then asked permission from her friend the producer of the group =LOVE Sashihara Rino to bring the song into one of the contents of the setlist.

Sashihara Rino agreed and was delivered neatly by STU48 during shonichi.

The song "Teokure Caution" in this setlist is displayed in order M13.

Besides songs = LOVE, there are also AKBIdolling!!! songs. "Chuu Shiyouze!" which is an AKB48 collaboration song with the idolling!!! group.